Purdue University’s unofficial mascot, Purdue Pete, never looked as endearing as he does in alumna Angie Klink’s Purdue Pete Finds His Hammer. This engaging book is a rhyming, lift-the-flap board book for children—ages 8 years and younger—yet popular with Purdue fans of all ages.

The reader helps Pete search for his hammer among campus landmarks by lifting and peering under fun, die-cut flaps. The rhyming verse helps children learn to read.

The names of Klink’s sons appear on lockers on the last page of Purdue Pete Finds His Hammer.

Their family dog, Chloe, is depicted on the back cover.

Klink graduated from Purdue with a degree in communication. When her son was a toddler, he was enamored with Purdue Pete. Klink searched for a children’s book about the Boilermaker icon, but found none. She wrote the story of Purdue Pete Finds His Hammer, hired illustrators, and served as creative director. It took Klink two years to produce the book, which was first printed in 2005 and reprinted in 2007 and 2015.

Klink comes from a Purdue family. Her late father and brothers were Purdue engineering graduates. Her sister graduated with a nursing degree. Her son, Jack, who is named after her father, graduated from Purdue in May 2015 with a degree in film and video studies. 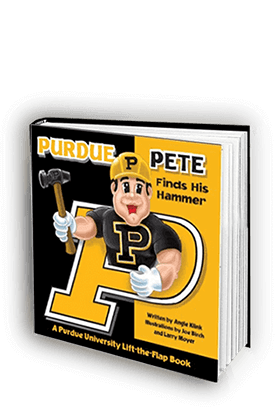 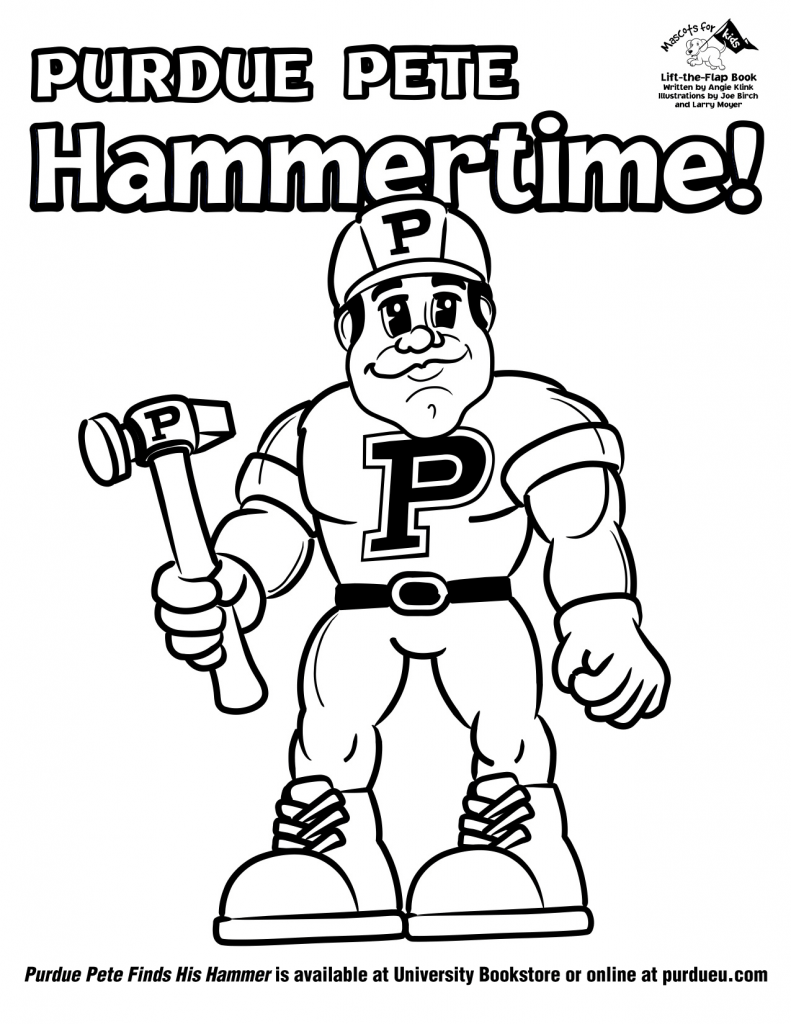 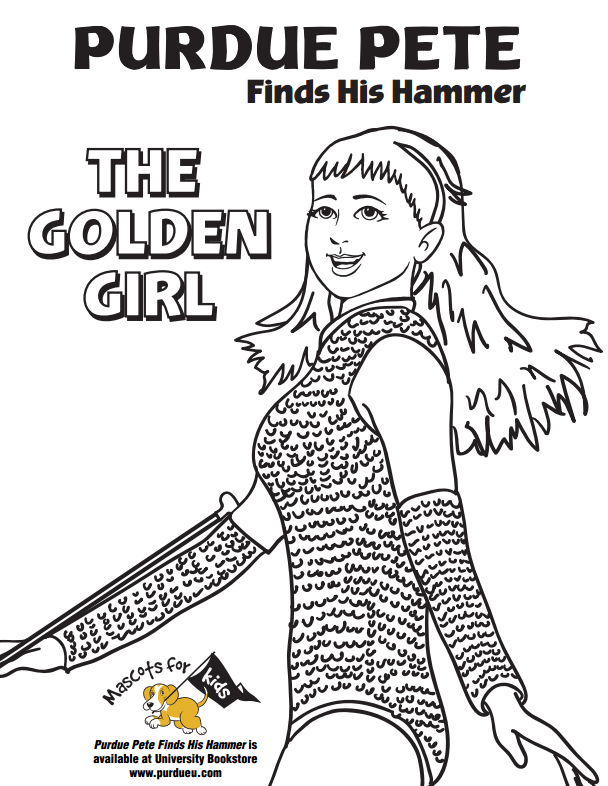