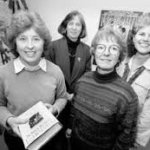 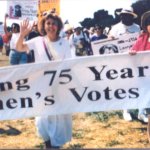 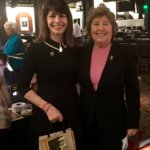 Thank you reporter Brian Moore of the Journal and Courier for this September 6, 2016 announcement:

Purdue Author Angie Klink was elected to serve a three year term with the Board of National Women’s History Project. Klink has authored numerous biographies and histories that have been published by the Purdue University Press. Most recently, “The Deans’ Bible: Five Purdue Women and their Quest for Equality.” Also, a Purdue graduate with a degree in Communication, Klink nominated Dorothy C. Stratton as a 2016 NWHP National Women’s History Month honoree. Angie Klink serves as the chair of the NWHP Communication and Promotion Committee.

The NWHP is a national clearinghouse that provides information, resources and products about multicultural women’s history to expand the understanding of women’s historical contributions to the United States. In 1987, the NWHP lobbied Congress and the White House to designate March as National Women’s History Month.